Resorts in Review: Skiing in France

France is known for its excellent gastronomy, and its 400 or so ski resorts including those with ski holidays right on the slopes. The chance to get on your skis straight from your hotel or chalet and start skiing immediately is a big draw here.

Highlights for skiers in France

France is quick and easy to reach for most Europeans. Without long transfer times, you’re in a winter wonderland surrounded by large mountains, state-of-the-art lifts, fantastic accommodation and snow everywhere you look.

Whether you want a romantic yet sporty winter holiday with your loved one or are travelling with the whole family, the French Alps have the perfect powder for everyone.

The largest ski area in France

France not only shares the largest contiguous ski area in Europe with Switzerland, but with 600 kilometres of pistes, it is also the largest ski area in the world. The French ski area Les Trois Vallées, and on the Swiss side Les Portes du Soleil.

Everyone, every skier and snowboarder, will find the perfect slopes for them on 312 km of blue, 216 km of red and 60 km of black runs. That’s not even counting the sheer endless off-pistes.

The highest ski area in France

The largest ski area, Les Trois Vallées, is also the highest, with altitudes ranging from 1,450 to 3,600m. This means that excellent snow conditions are always guaranteed.

The oldest ski area in France

When it comes to tradition and ski history in France, Chamonix is immediately mentioned. Situated at the foot of the highest mountain in the Alps, Mont Blanc, you will find the world’s first mountain guide company there, which was established back in 1821.

Chamonix is not only a household name for skiers and snowboarders but also for climbers.

Montgenèvre also has a long skiing history. The village is considered the oldest official ski resort in the French Alps, where the first international ski race was held in 1907.

The best ski resort in France

As expected, Les 3 Vallées is very often referred to as the best ski resort, especially the Val Thorens section, as it has something for everyone and anyone. However, the huge ski areas are not necessarily for everyone’s taste.

That’s why we would like to mention a slightly “smaller” one here, the oldest in France: Vallée de Chamonix, Mont Blanc. It is only very slightly behind its big competitors in the rating, perhaps only due to the number of ski tourists who mainly go to the big ski resorts.

Chamonix has a distinctive original charm and 169 excellent kilometres of piste served by 73 lifts. From rank beginners to top free-riders, the area has it all.

The steepest descent in France

Les Trois Vallées scores again with the Grand Couloir in Courchevel / La Tania, which, with a gradient of 85%, is the steepest run in France and one of the most challenging slopes in Europe.

Skiing in France for beginners

La Rosiere is a diamond in the rough that is far too often overlooked. It’s a beautiful, purpose-built and exclusive ski area with 160km of varied runs at up to 2,800m with easily accessible ski lifts.

Directly from the village, you have access to 68 km of blue runs, which are separated from the steeper reds and blacks in the upper part so you don’t have to worry about pros speeding by. The lower part is tranquil, which makes learning relaxed.

La Rosiere is also great for those who want to improve during their ski holiday. If you already dare to ski a few red runs, you can slowly “work your way up” the mountain.

These aspects make La Rosiere a fantastic place to learn to ski and one of the best family ski resorts in the Alps. It also offers many pretty cottage-style buildings and a quaint village atmosphere.

You can read more about the best beginner ski resorts in the Alps here.

Megève on Mont Blanc is not only worth a ski holiday with the whole family, but advanced skiers, in particular, will have a blast on 155 red and 58 black runs. If you want to go one step further and venture into the deep snow areas, 35 marked freeride trails are available here.

Skiing in France for experts

Val d’Isère-Tignes is considered the mecca for experts, not least the professionals who compete in World Cup races on the Olympic slopes. The area where the 1992 Winter Olympics were held is known for its snow safety and challenging off-piste routes.

Legendary is the Pisteurs Couloir, which got its name from the Pisteurs, the ski patrol, as they used to be the only ones to plunge down this steep off-piste route. This is only one of many black and freeride runs – the highlight here is the ten-kilometre Black La Sache, which ends directly in Tignes Les Brevieres.

Skiing in France for Freeriders

The resort has already been mentioned, but when freeriders talk about France, their eyes flash, and everyone knows just one word: Chamonix. There is perhaps no better deep snow terrain in the world that is as unique as Chamonix.

Off-piste skiers from all over the world come here because it always has the perfect powder snow, not least because of the indescribable mountain views and French charm.

You don’t necessarily have to walk in Chamonix to find the best off-piste trails. The Skyway cable car takes you to almost all the off-piste slopes. However, if you walk a little, you are assured of miles of pristine tracks through trees and rock gullies in deep snow.

Skiing in France for Freestylers

Vars is home to six snow parks, making it the number one resort for freestylers in the French Alps. With so many parks, there is something for all skill levels. From beginner to pro, everyone can let off steam here.

In addition to countless kickers, boxes, rails, barrels and pipes, there are also boarder or skicross tracks and a large airbag for safe practice. There is even a special park for beginners, which is open once a week free of charge.

Skiing in France for families

The Espace Diamant ski area is completely geared towards families. You will find practically no skiers or snowboarders there without children.

It is a paradise for the little ones, but also for the parents. From the age of three months, you can leave your offspring in care while you enjoy the snow. Everyone really does have fun here, even teenagers for whom there are great facilities, not just on the slopes.

In Espace Diamant, there’s not only children’s lands, play slopes and magic carpets, but also special activities for children and adults such as skijoring with horses, dog sledging, and riding on the snowcat. The whole family can also enjoy a stunning view from a hot air balloon. In addition to the traditional toboggan runs, there is also a skibob track for young and old. No one will get bored here for sure.

A well-known phrase for skiing in France is ‘ski-in-ski-out’, which means that you can put on or take off your skis practically on the doorstep of your chalet hotel – a real benefit to french ski resorts.

Most accommodation is right on the slopes or at least very easy to get to. While in other ski holiday countries you sometimes have to take the bus to the slope, this hardly ever happens in France.

Renting entire chalets or flats is very popular for a ski holiday in France. The latter is not necessarily cheap, but if you are travelling with the whole family or a larger group, it can be well worth it – especially in the low season, which is usually very long in France.

Eating and drinking in France

Feast like God in France – provided you have the wallet for it. You can eat to a Michelin star standard, however, you can often find good family deals or stick to the locals and ski instructors recommendations. They will know where to get the most delicious raclette for the best price.

France often offers huts with self-catering to save yourself an expensive lunch on the mountain; just ask your hotel if they can pack you some sandwiches for the road.

If you’re a fan of après-ski, Val d’Isere is the place to be. Not only can you enjoy one, two or many glasses of wine right on the slopes or in town, but you’ll also be accompanied by live music, circus tricks and big mountain parties. Renowned DJs ensure that the dance floors are full until five in the morning.

In terms of prices, France is one of the more expensive ski holiday destinations in Europe. A week in a holiday flat costs an average of 1,200 euros here, about 1,400 euros in a hotel for two people.

The cheapest ski resorts are those in Chamonix, while the biggest, highest and arguably best ski resort is Le 3 Vallées.

Restaurant prices for food and drink are usually at the Swiss level, i.e. very expensive. 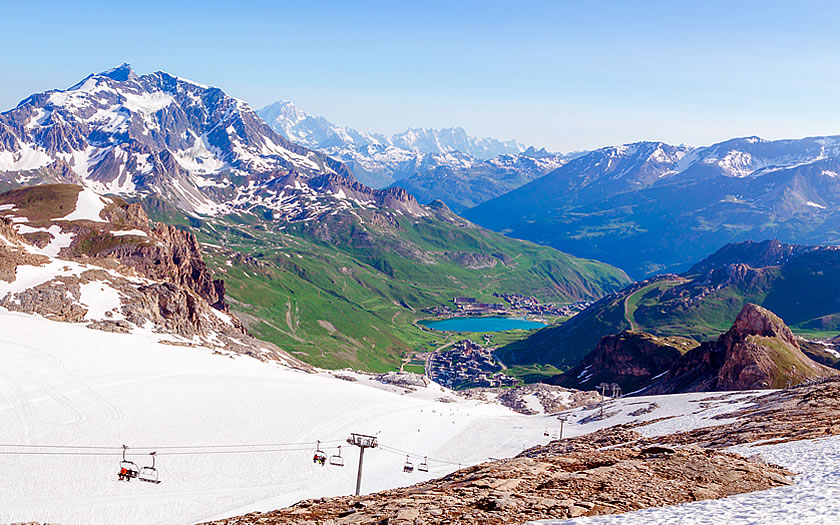 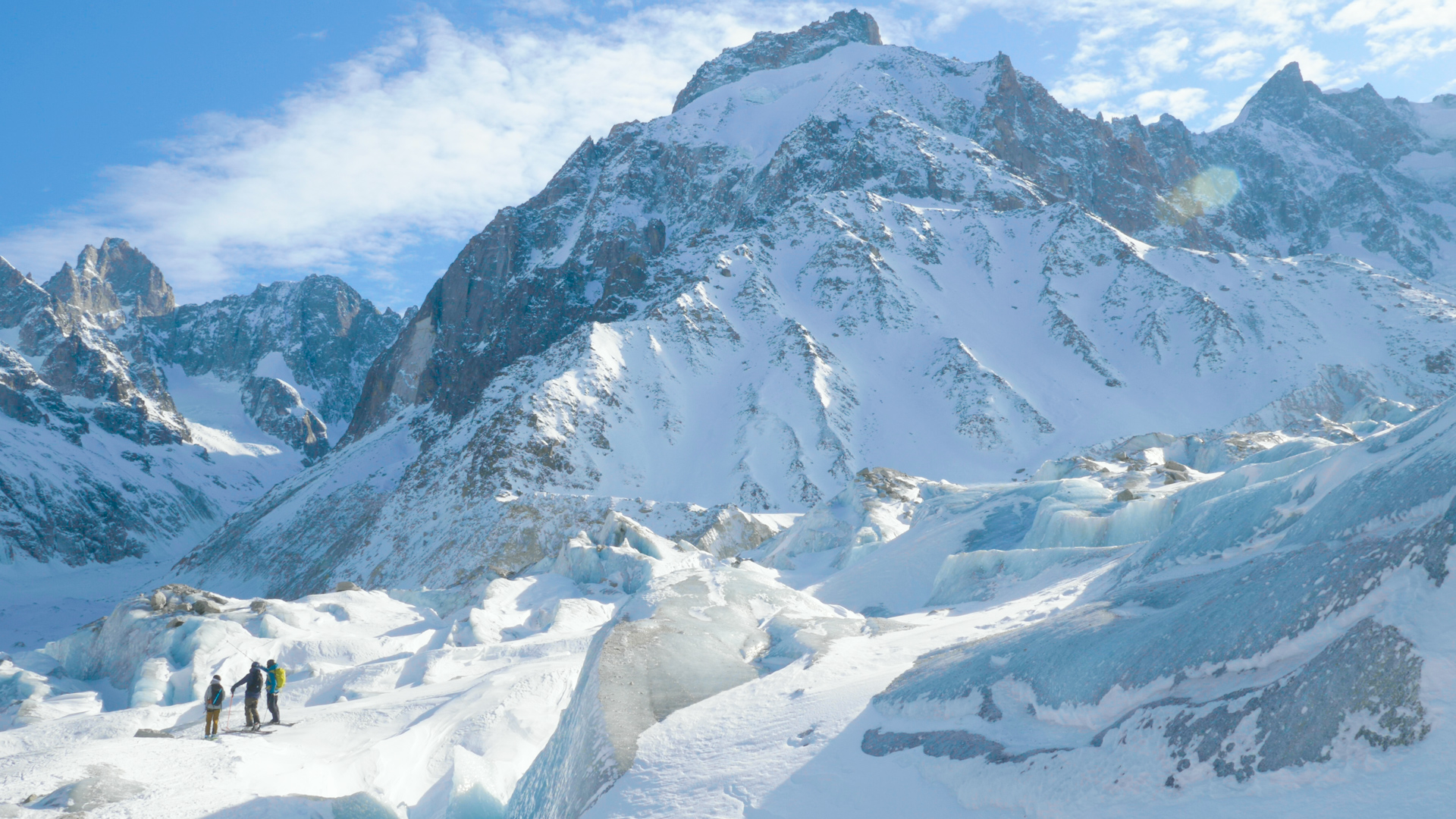