Resorts in Review: Skiing in Austria

Resorts in Review: Skiing in Austria

It is a well-known fact that Austrians are born skiers. Even if some claim that the Alpine republic invented skiing. Nevertheless, a skiing holiday in Austrian ski resorts leave nothing to be desired.

There is some disagreement about how many ski resorts there are in Austria, but the numbers are all-around 400. You won’t find the highest peaks in Europe by a long shot, but Austria can boast a lot of snow-sure regions. Ski and snowboarding trips to Austria are always an experience!

Highlights for skiers in Austria

It is not only the large selection and variety of ski resorts, ski deals and traditional villages that make our neighbouring European country so popular for ski holidays, but also its unique charm. The traditional and original villages, the fun at the après-ski, the locals’ undisputed hospitality, and the good price to performance ratio make Austria the first choice for many ski holidaymakers.

The largest ski area in Austria

The largest ski area in Austria is also one of the oldest. The sub-areas of St. Anton, St. Christoph, Stuben, Lech, Zürs, Warth and Schröcken merged to form Ski Arlberg, and it has more than 300 kilometres of pistes and 88 lifts – perfect snow conditions and modern lift systems.

The highest ski area in Austria

The highest alpine ski area in Austria is on the Pitztal Glacier at 3,440 metres above sea level. The highest lift shortly follows it in Sölden, which is only 100 metres lower.

The oldest skiing area in Austria

Opinions differ as to which is the oldest ski resort in Austria. St. Anton am Arlberg is often mentioned known as “the birthplace of skiing in Austria”.

There are official records that can confirm this. The Arlberg Ski Club was founded as early as 1901, and Austria’s first ski school 21 years later.

The best skiing area in Austria

The race for the best ski resort in Austria is a very close one; there are so many excellent options for winter holidays in Austria. It also matters what you are looking for, but Ischgl/Samnaun and Kitzbühel/Kirchberg are often mentioned.

Ischgl/Samnaun: The Silvretta Arena, which includes the sub-areas of Ischgl and Samnaun, offers 239 kilometres of excellently groomed pistes at an altitude of 1,360m to 2,872m. The area is particularly well known for its vibrant après-ski and duty-free shopping in the highest shops in Europe – right on the Swiss border.

Ischgl has only one negative point, which affects its family-friendliness a little. Due to the busy après-ski scene, some regions are a little less suitable for children.

Kitzbühel/Kirchberg: The Kitzski ski area, which combines the towns of Kitzbühel and Kirchberg, scores more points with families. Families will certainly want to stay in Kirchberg, where it is pretty quiet. If you are looking for the hustle and bustle, “Kitz” is close by.

The steepest downhill run in Austria

The famous Streif in Kitzbühel is the steepest downhill run in Austria, with a maximum gradient of 85%. This can be marvelled at every year during the legendary Hahnenkamm race of the professionals, when they plunge down the local mountain at breakneck speed.

The Streif is on the bucket list for many skiers and snowboarders, but often just looking at the slopes is enough to make them turn around. Except, that’s not possible – oopsy! Good luck!

Skiing in Austria for beginners

Sölden: With almost 75 km of blue slopes, the Sölden ski area offers brilliant conditions for beginners. As a beginner, you can even ski down from the very top of the mountain, which is reserved for advanced skiers only in most ski resorts. In addition, Sölden offers a variety of excellent ski schools for learning to ski.

Lech: The family-friendly ski resort, which has a total of 158 km of blue pistes, is a lot quieter than some other ski resorts. The accommodation, restaurants and shops have been family-owned for generations, which has a novel charm. Beginners can enjoy almost all the slopes, which makes Lech a great beginner area.

You can read more about the best beginner ski areas here (link to blog).

Skiing in Austria for advanced skiers

Even advanced skiers get their money’s worth in Austria. The high and often steeper to steep mountain slopes have a lot of red and black pistes to offer. Advanced skiers will also feel most at home in Sölden.

Here you have 144 kilometres of pistes to let off steam. Half of these are red runs, starting from the “Big 3”, the three-thousand-metre peaks at an altitude of 3,340 metres.

Sölden is particularly well suited for advanced skiers who want to take their skiing technique to the next level to conquer the almost 30 km of black runs, including the FIS Ski World Cup downhill course.

Skiing in Austria for experts

Since there are so many childhood skiers in Austria, the area offers opportunities for expert skiers. Besides the Streif in Kitzbühel, the Kamikaze in Serfaus, and the Harakiri in Mayrhofen, most ski resorts have some challenges.

Experts will have the most fun and the longest in the Serfaus, Fiss and Ladis ski area. With the Kamikaze run mentioned above, which has a gradient of 70%, there is also a challenging ten-kilometre-long piste that climbs almost 1,600m in altitude.

Skiing in Austria for freeriders

High Alpine peaks, steep mountain faces and plenty of snow are a guarantee for an unforgettable freeride experience in Austria. What’s remarkable is that the off-piste runs are almost always easy to reach, so you don’t have to walk or take a ski tour to get the deep snow dream.

With 200 km of freeride trails on the Arlberg, you can make almost endless tracks in the deep snow. While off-piste beginners will feel at home in the Zillertal, where you can enjoy making your first turns in powder snow. Deep snow experts will find heaven on earth in Fieberbrunn.

Skiing in Austria for freestylers

The Absolut Park in Flachauwinkl was voted the best snow park for skiers and snowboarders by Red Bull. It makes both beginners’ and experts’ hearts beat faster.

The park has 100 obstacles over a length of 1.5 km, a superpipe, mini-halfpipe, boarder and skicross course and the Stash Park, a natural fun park with 40 wooden obstacles.

Skiing in Austria for families

Almost every ski resort in Austria is family-friendly. However, as in Ischgl, there are already a few skiers and snowboarders with too much alcohol at midday. With the resorts pulsating late into the night, it can often put families off.

That’s why the Flachau ski area in Salzburger Land is particularly recommended for families, as it offers not only countless ski courses, childcare and children’s slopes, but also money-saving offers that make a ski holiday in Austria quite affordable.

For the advanced and experienced skiers in the family, the Ski Amadé ski association offers more than 300 km of pistes for all abilities.

Austria has the right ski resort and accommodation for every budget. If you prefer to cater for yourself, there are numerous holiday flats or apartments available right on the slopes.

Good deals can also be found in guesthouses, which are usually family-run. If these are then a little out of the way, the prices drop enormously.

Hotels in Austria are rated from one to five stars. From cheap bed and breakfast to luxury wellness hotels, you can find the right hotel in almost every ski resort.

Eating and drinking in Austria

Gourmet lovers will not be disappointed in Austria. As well as traditional cuisine, European and international dishes are offered everywhere.

There are almost always large self-service restaurants in the huts on the slopes, which are particularly popular with families as they are cheaper. However, you will also find excellent mountain restaurants that will spoil you during a break.

Wine lovers’ palates will be particularly pleased, as Austria is not to be underestimated when it comes to local wines. The beer is also considered one of the best.

Kühtai, Obergurgl and Kitzbühel are among the most expensive at around 1,250 euros per week.

Prices are highly dependent on whether you go at peak times, such as school holidays, and which accommodation you prefer. If you book out of season, such as in spring, you can save up to 50%. 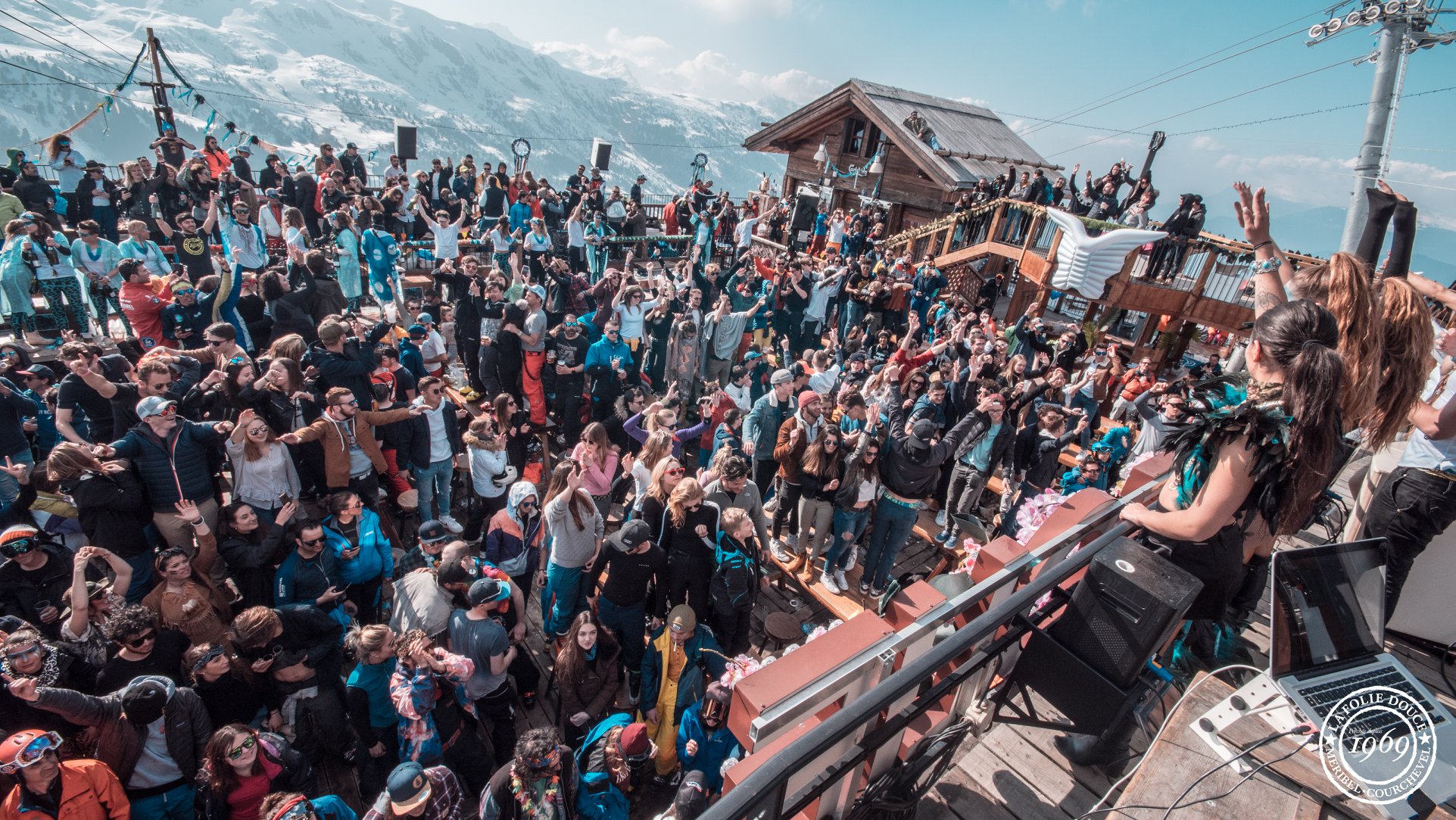 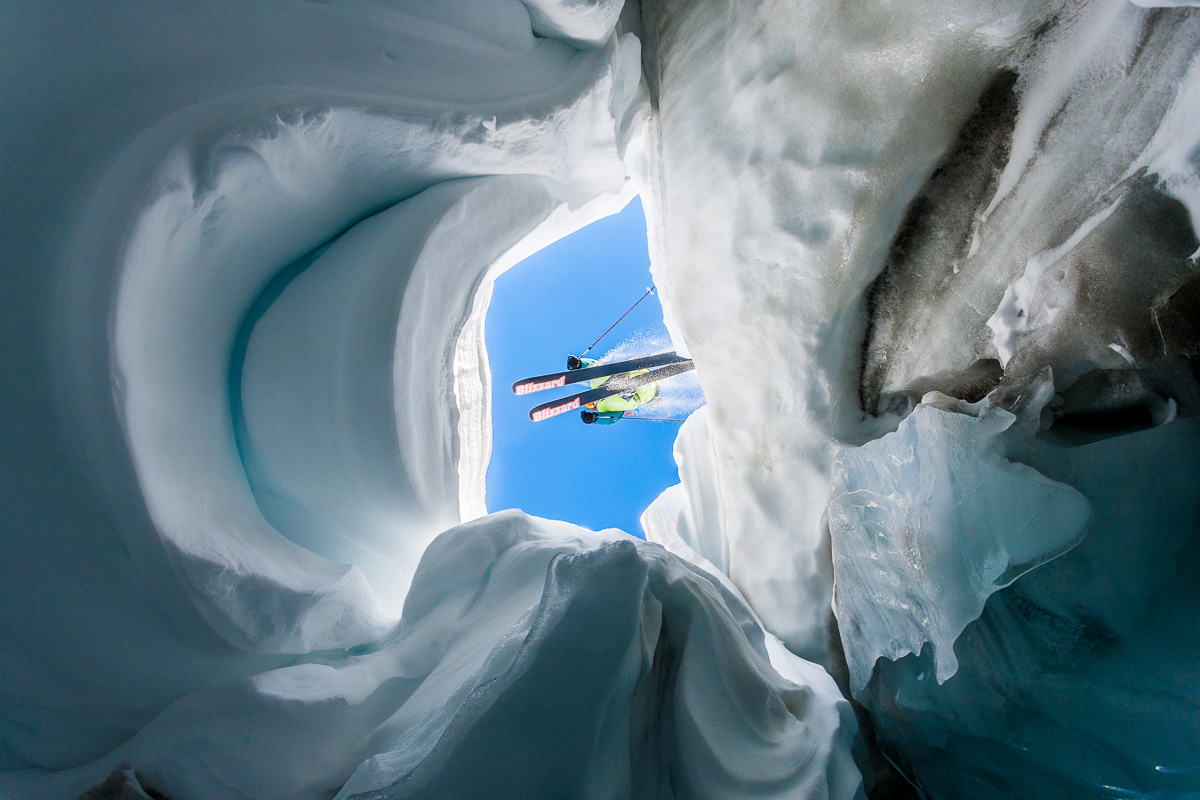