How many calories does skiing burn?

Blog Home Eating and Drinking How many calories does skiing burn? 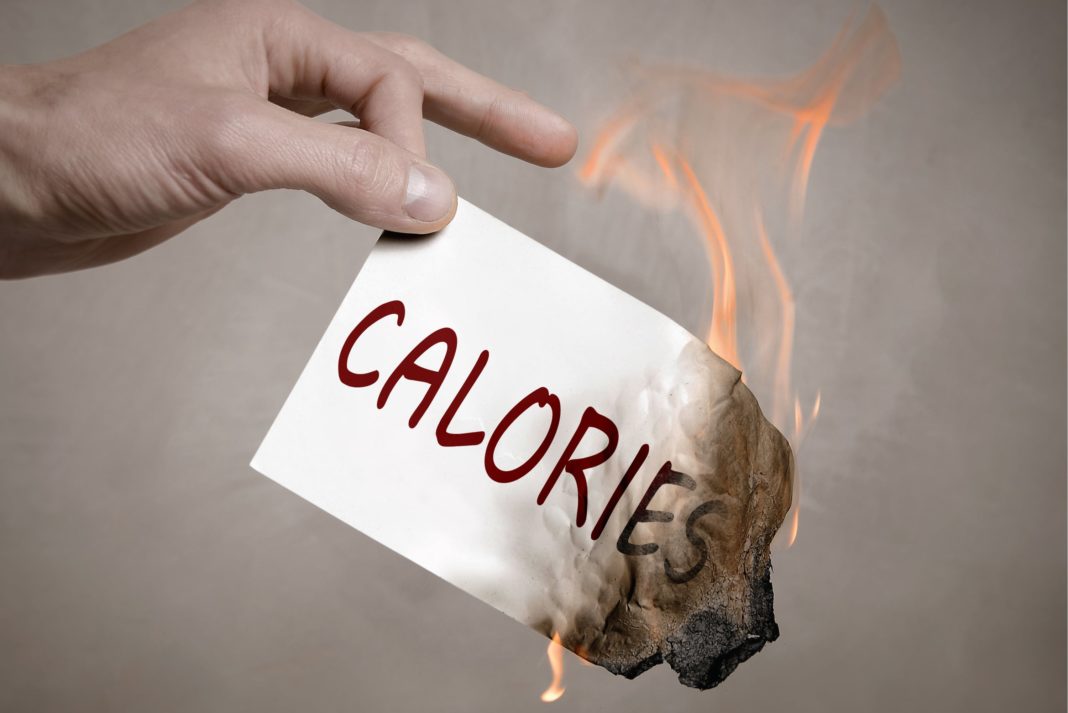 Is skiing good exercise? How many calories does skiing burn?

For most people, downhill skiing burns between 300 and 600 calories per hour of activity.  Riding chairlifts and sitting down for lunches don’t count.

In reality, though, things are a bit more complicated than that.

Let’s start with some guarantees. Skiing definitely burns more calories than not skiing! That much we can say for sure, but exactly how many calories you burn whilst skiing is a bit more of a complex situation.

There are a couple of major variables to consider — namely who you are and what sort of riding you’re doing.

If you’re older, you likely won’t burn as many calories as someone half your age who exerts themselves in a similar fashion; as we age our metabolisms slow down and we also tend not to push ourselves quite as hard as we do when we’re younger. No one wants to fall, but as we get older, we tend to take it a bit easier and easier and push ourselves a bit less.

So, if you find your waist expanding a little bit but still want to enjoy those evening fondues and long rose-filled lunches, it might be time to start taking reds over blues, and stop avoiding those mogul fields!

What kind of skiing burns the most calories? 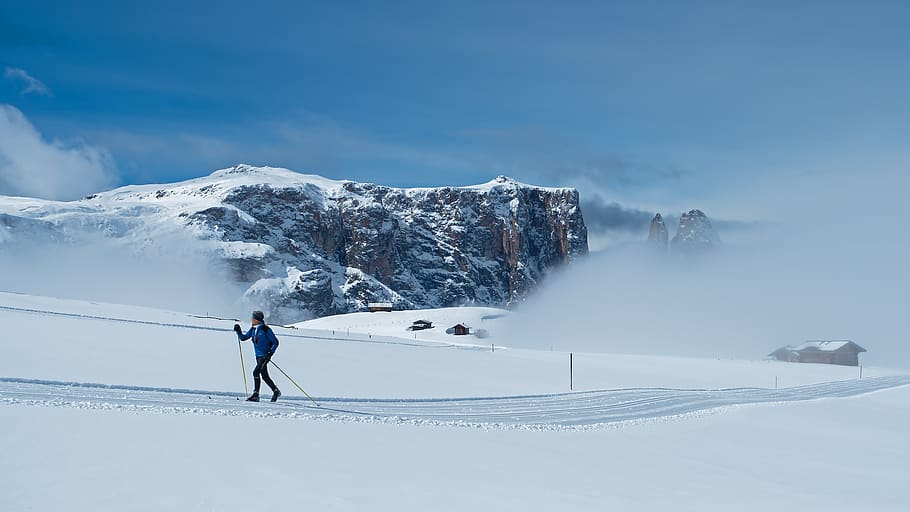 How many calories does downhill skiing burn?

Intermediate skiers can expect to burn between 300 and 600 calories an hour, skiing red and blue runs, although this depends on a few factors like how hard you’re skiing and how much you weigh. After all, if you weigh less, your muscles don’t need to put in as much effort to keep you upright! On average men (who tend to be heavier) burn around 500 calories an hour while skiing whereas women, (who are on average lighter than men) burn about 400 calories an hour.

For those who are taking it a little easier — mellow turns on blues and long lifts up to the top — you’re likely to burn somewhere in the region of 200-400 calories every hour. But again, this depends on lots of things like the weather and how you’re layered up. Shivering will actually burn more calories than staying nice and warm, but we still don’t recommend skipping a layer just for that!

But come on, the real reason you’re here is because you want to know if you can eat everything you want to eat on holiday and not feel bad about it, right? 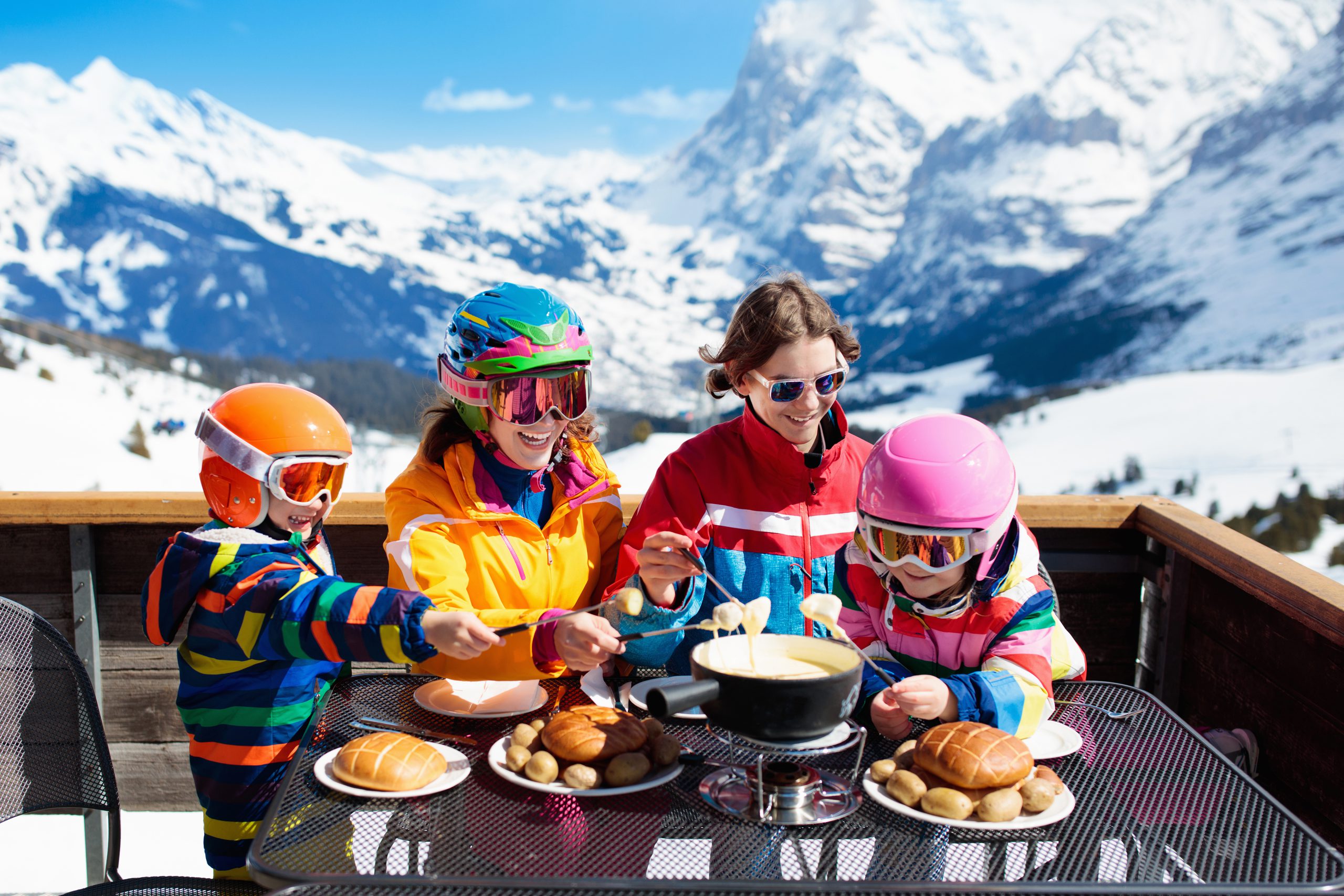 Do calories count on a ski holiday?

The simple answer is not really, the calories stay in the mountains when you go home. Generally speaking, an adult burns on average 1500-2500 calories per day in their ‘normal routine’.

Adding four hours of moderate skiing or snowboarding on to that will massively increase your calorie burn for the day.

Given that a fondue (with half a baguette) contains around 680 calories, you’re free to reach for seconds without feeling too guilty (don’t blame us for your wacky cheese dreams though…). 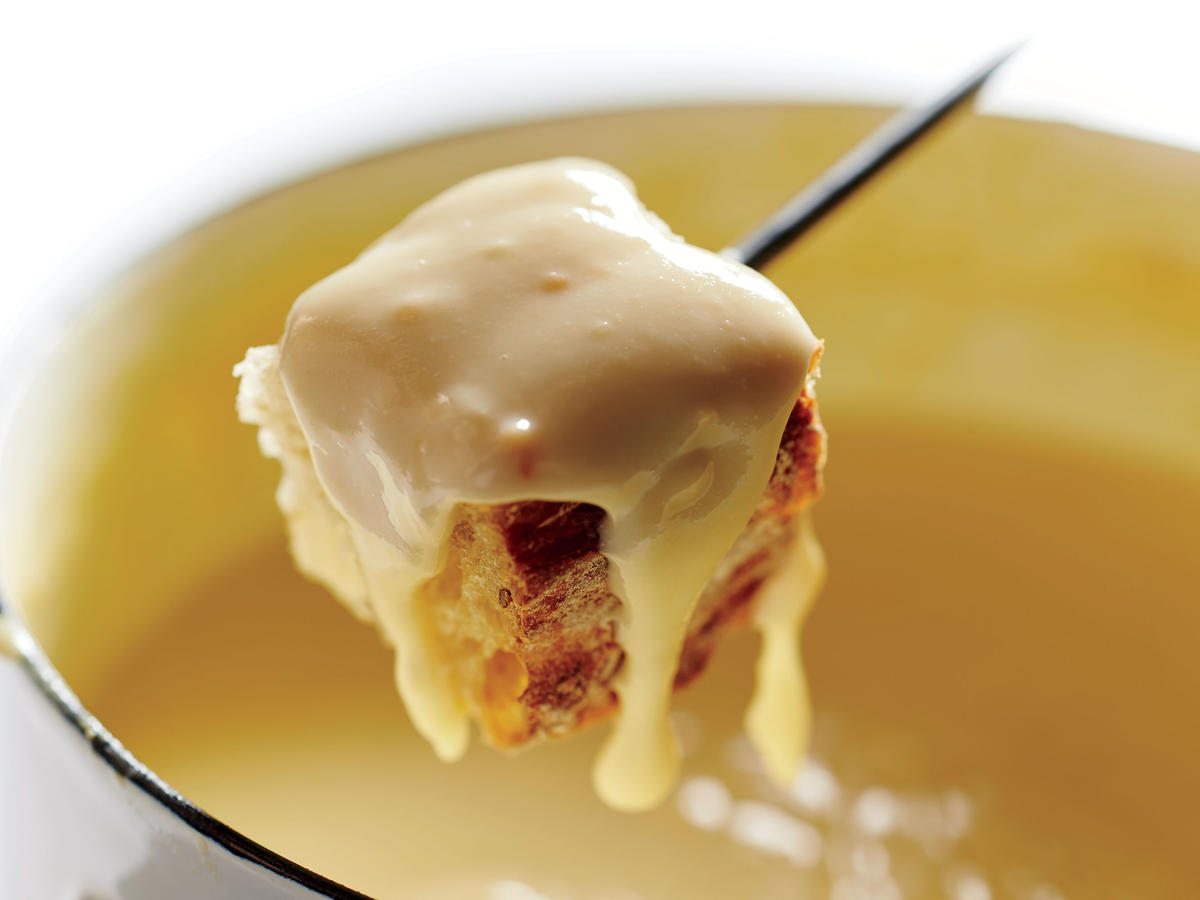 What is a calorie anyway?

Technical mumbo-jumbo aside, calories are a way of quantifying the amount of energy found in food; the energy that our bodies store and “burn” as fuel much in the same way that a car uses petrol.

What is a kilojoule?

In addition to kcal, on many food packages, you’ll also see KJ — or Kilo Joules (1000 of the little blighters). And both are the same thing — sort of. You can think of them as inches and centimeters and can convert calories to kilojoules by multiplying them by 4.2. One kcal is equal to 4.2 of its metric cousin the kilojoule.

How many extra calories can I eat on holiday without gaining weight?

So circling back to this question of how many extra calories you can eat on holiday, the answer is quite a few, but we’ll need to do a bit of math to figure out exactly how many.

But, as with many things in life, moderation is key. Whilst calories are calories, some foods contain a lot more than others. We can split foods into three basic groups — carbs, fats, and proteins.

All play their part, but the bulk of your ‘energy’ comes from carbs. Protein helps to repair muscles and aids with post-sport recovery (including tired legs after a long day’s skiing). Fats can help the body to absorb vitamins from our foods and are a necessary part of our diet, but too much of anything is a bad thing.

When it’s all said and done, one ski holiday won’t give you a six-pack, and one slice of cake won’t take it away.

You might have heard this before when it comes to weight-loss, and basically, it’s the universal rule of losing weight. If you out-burn your fresh energy from food, your body uses stored energy to function, and begins to burn fat instead, which will result in weight loss. Because, unlike a car, calories which we don’t burn are stored… As fat.

It’s not that fats are inherently bad for weight-gain (they’re much worse for things like cholesterol and blood pressure), it’s just that high-fat foods have a lot more calories per gram than vegetables or lean meats so you can’t eat as much to receive the same calorie intake.

So, let’s recap and conclude, shall we?

Skiing at a leisurely pace will burn more calories than not doing anything at all.

If you want to increase your calorie burn, slash some deeper turns, hit some moguls, find some powder, and generally work up more of a sweat!

If you want to get really hardcore, then go ski-touring, or go cross-country skiing. This is going to burn up to 1000 calories an hour in some cases!

Then, when it comes to deciding on dessert — weigh it up. Not literally, mind you. Think about your normal routine, think about what you’ve done, and what you’re doing tomorrow, and then make the decision.

At the end of the day, you’re on holiday, and enjoying yourself is great. But know that just because you’re skiing, doesn’t mean you can eat whatever you like and still get skinny!

But if you’re out there all day, cutting turns, and come dinner time you’re eyeing up the dessert counter… make the most of it.

Most calories will stay in the mountains and even if you do end up bringing a few home with you, what’s the harm? It’s your holiday and you deserve to enjoy it. 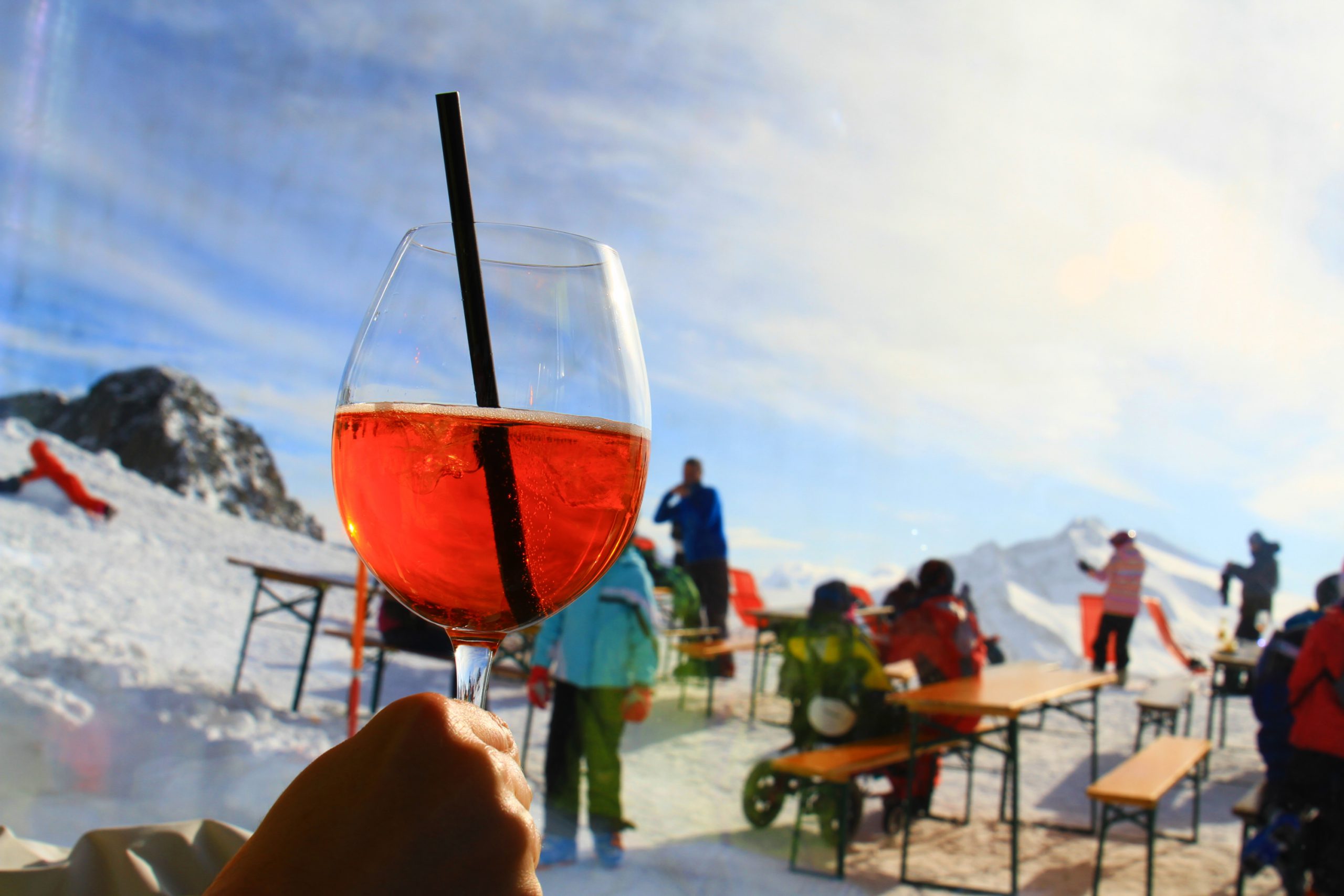 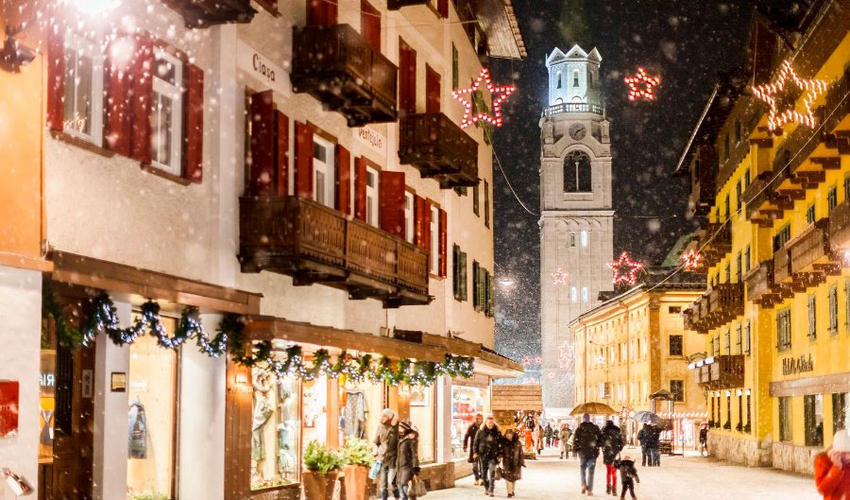 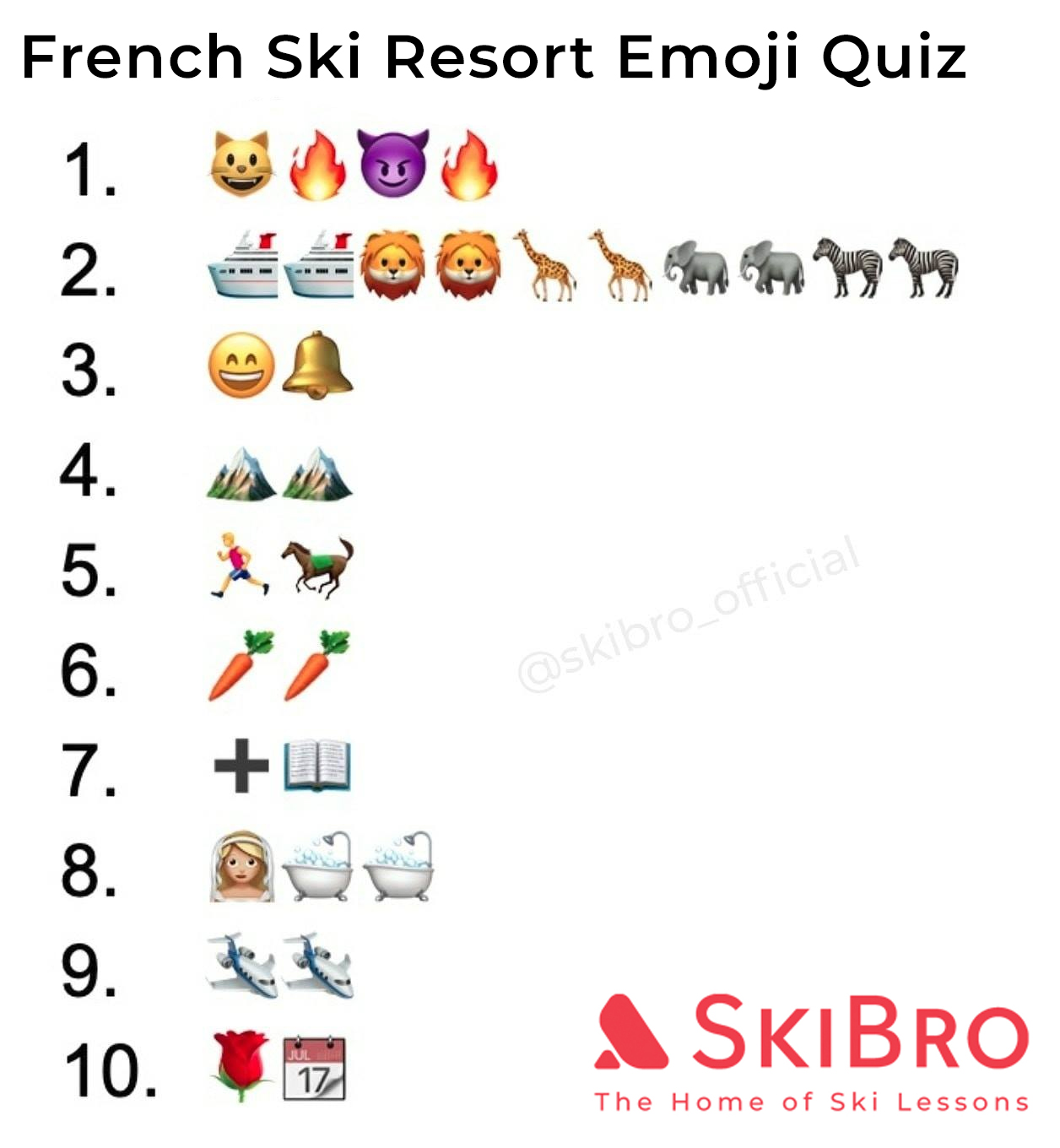